In the introduction to the 1948 edition of A Farewell To Arms, Hemingway wrote:

"It is the considered belief of the writer of this book that wars are fought by the finest people there are, or just say, people; although the closer you are to where they are fighting, the finer people you meet; but they are made, provoked and initiated by straight economic rivalries and by swine who stand to profit from them. I believe that all the people who stand to profit by war and who helped provoke it should be shot on the first day it starts by accredited representatives of the loyal citizens of their country who will fight it."

Sadly, yet another instance of the "utopia of language." 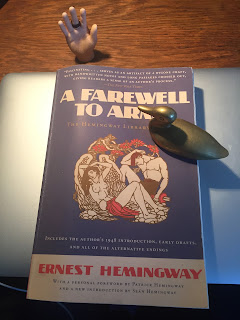 As to Hemingway's suicide, I wish the hordes of pettifogging critics and schoolteachers who condemn him for being "self-indulgent" would for once admit that to do something like that, with his Father's shotgun, or anyone else's, constitutes an act of ultimate courage, and that when you're old and sick, with no way out, and almost every bone in your body has been broken at least once, and you have survived two plane crashes, and longtime insomnia is leaving you chronically sleep-deprived, and what sleep you do get is regularly ruined by nightmares, and you are weary of fighting off the self-judgment that you are a functional alcoholic almost as bad off as Scott, and you've seen it all, or most of it, all the triumph and despair and prayer and boredom that constitute the absurdity of the living, why not? Cut the guy some slack, will you? It's not as if he was a teenager caught in the web of the U$ opioid epidemic, caused, incidentally, by the sorry state of public education in this country, a gift from the Repugnant Party, in combination with the blind and pitiful greed of Big Pharma. Who the hell cares when a used-up, worn-out, off-and-on-miserable old man dies? He didn't. He wanted out, and through an act of supreme boldness, got out.
Posted by Richard McNally at 8:46 AM No comments:

Intuition tells me President Pinocchio, who appears to this writer to be a clear and president danger to the well being of the United States, is going, or may have already begun, to self-destruct, go down in flames, be impeached by the House, convicted by the Senate. And what's galling to consider is that it is likely he will take the disgrace in stride, condemn everyone who has played a role in ending his presidency, shrug it off, go about his business of enriching himself and his family by building hotels and golf courses, write a book or two categorizing the rest of us as delusional and vulgar. You just can't win with someone like this. Once he's gone, we'll just have to learn, somehow, not to think about him, that's the best that can be hoped for.

And do what we can to prevent a future freak, pariah, embarrassment, from getting into the White House.
Posted by Richard McNally at 7:45 PM No comments:

So many, if not most, of one's literary heroes were dead and gone, some long gone, at this age. Not sure how to deal with this.


Posted by Richard McNally at 9:09 AM No comments:

Theater of the Absurd

Having completed the full length drama In the Act some years ago (which I also gave to three friends, none of whom bothered to comment on it, or acknowledged receiving it), I clicked the site of Central Square Theater here in the "Athens of America" to find out the submission requirements.

The theater indicated the submission should comprise the first ten pages of the script and a biographical note, so I printed them out, wrote the standard "charming" cover letter, printed out a bio, and put the submission in the mail. A few weeks, or months, later, I received a letter of rejection from the artistic director (whose name I honestly can't recall, and do not wish to, as my association with this eminent institution was brought to a screeching and definitive halt by this experience), pointing out that the theater specialized in plays that explored the female experience of, and perspective on, the world.

In the first ten pages, there are two characters.

I fall upon the thorns of life, I bleed!


Posted by Richard McNally at 8:44 AM No comments:

Word for the Day from N. O. Ting

"Be wild! Without prehistory, we would have no history!" 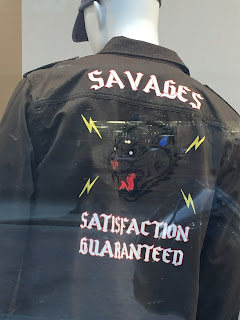 Posted by Richard McNally at 10:16 AM No comments:

"No woman ever thought about anything but love and there is not one whose resistance cannot be overcome." 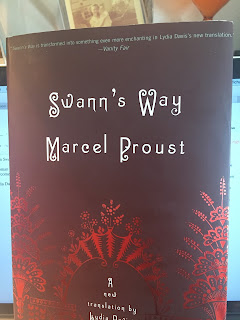 Posted by Richard McNally at 10:07 AM No comments:

Poet in the Academy III

Tennessee Williams at University of Iowa in 1938 on the benefits of a playwriting workshop with one's 'peers':

"Yes, I was horribly shocked, felt like going off the deep end. Feared that I might lose my mind."
Posted by Richard McNally at 9:00 AM No comments:

Poet in the Academy II

F.
Posted by Richard McNally at 8:56 AM No comments:

Poet In the Academy

A professor at University of Iowa on student Tennessee Williams in 1938:


Posted by Richard McNally at 8:55 AM No comments:

The chief and fundamental fact of Depraved Donnie's (aka President Pinocchio) existence is, in one word--belligerence.

Perfect choice to lead America the Irrational.
Posted by Richard McNally at 4:10 PM No comments:

"The deeper we go into writing, the more we become alone."

To which M. LeClerc might add: "Writing--the euphoria of absolute freedom, the agony of absolute alienation."
Posted by Richard McNally at 8:41 AM No comments: