Interesting comment from Beckett in a tribute to painter Jack Yeats (brother of the poet) on the occasion of an exhibition of his works in Paris, 1954:

This may or may not be a rearticulation of a concept he may have encountered in Baudelaire, that he, SB, imitated consciously or unconsciously; it's said that when writers lift materially unconsciously that they plagiarize, unwittingly, like thieves in the night and congratulate themselves on their originality, Baudelaire's comment having been:

"To be great is to be unique."


Posted by Richard McNally at 1:08 PM No comments:

"As long as they don't say it to my face, there's no real problem."


Posted by Richard McNally at 7:11 AM No comments:

The incoherence of Republican Party thinking as the misguided House Speaker Paul Ryan and colleagues attempted unsuccessfully to repeal the Affordable Care Act last month is nicely illustrated by this quote from one of the Republicans' worshipped thinkers, F.A. Hayek:

"[T]here can be no doubt that some minimum of food, shelter, and clothing, sufficient to preserve health and the capacity to work, can be assured to everybody. ... Where, as in the case of sickness [italics supplied] and accident, neither the desire to avoid such calamities nor efforts to overcome their consequences are as a rule weakened by the provision of assistance, where, in short, we deal with genuinely insurable risks, the case for the state to organise a comprehensive system  of social insurance is very strong." The Road to Serfdom (UK: Routledge, 1944; repr. 1976), p. 90.

So not only were the Republicans spitting in the face of their sister and fellow Americans in their malicious effort to undo Obama Care, which the non-partisan Office of Management & Budget stated would result in millions of citizens losing their health insurance, they were also spitting in the face of their twentieth-century equivalent of Adam Smith.

Fools!
Posted by Richard McNally at 5:13 PM No comments: 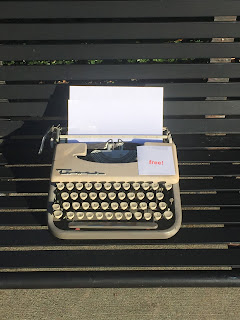