"We are slaves of fiction because we know it is the one thing capable of incinerating our tombstone."

© Negative by M. LeClerc, 2021. No rights under copyright reserved; thieving not encouraged, not prohibited. 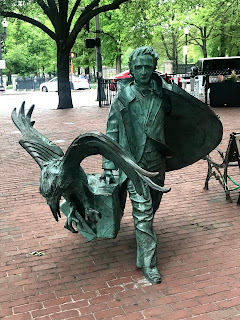 Posted by Richard McNally at 10:30 AM No comments:

Joni Mitchell's Big Yellow Taxi --  For "They paved paradise and put up a parkin' lot" one could substitute "They paved paradise and rolled out a parkin' lot" since though there certainly are multi-story parking lots, the average person's first thought on hearing the term "parking lot" is of a classic surface-level stretch of asphalt, to the construction of which the term "put up" does not apply, in one man's quiet opinion. 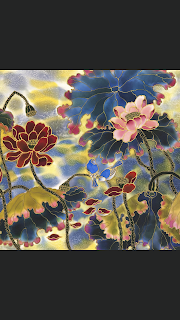 Posted by Richard McNally at 8:39 AM No comments: